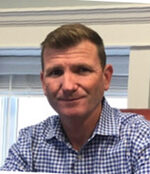 During Stephen’s tenure, he has been instrumental in the logistical planning of serval large bridge projects including the 45th Avenue, Willis Avenue, and the Tappan Zee replacement. Stephen’s experience has helped modularize power plant projects as well. Starting with building several air-cooled condensers weighing 350 Tons at the Port of Coeymans and barged to Astoria, NY. This project led to two 4000 Ton PSEG owned heat recovery steam generators also being assembled at Port of Coeymans and barged to Sewaren, NJ and Bridgeport, CT.

Currently, Stephen and the team are working tirelessly on Offshore Wind Projects along the east coast with many Offshore Wind partners including OEMs, supply chain manufacturers, and logistic solutions.