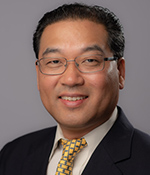 Professor and Chair, Department of Industrial Engineering
University of Houston

Gino Lim is a professor and R. Larry and Gerlene (Gerri) R. Snider Endowed Chair of the Department of Industrial Engineering and holds the Hari and Anjali Agrawal faculty fellow position at the University of Houston (UH). He is the founding Director of Systems Optimization and Comping Laboratory (SOCL) at UH. He is a fellow of the Institute of Industrial and Systems Engineers (IISE) and serves as an editorial board member for several scientific journals.

He is the Senior Vice President of International of IISE, and holds several other positions such as a member of the Council of Industrial Engineering and Department Heads (CIEADH) oversight committee. Previously, he served as a member of the Board of Directors of INFORMS, Co-Chair of INFORMS Subdivisions Council, Vice President of Chapters/Fora of INFORMS, Chair of INFORMS Chapters/Fora Committee, the program chair for the 2017 INFORMS annual conference, the program chair of 2012 ISERC Conference, to name a few.

He has authored over 150 archival papers, numerous invited talks for colloquia, seminars, and technical presentations at international conferences. He has published extensively in highly regarded journals such as INFORMS Journal On Computing, IISE Transactions, Mathematical Programming Computation, SIAM Journal on Optimization, European Journal of Operational Research, Physics in Medicine and Biology, IEEE Transactions on Smart Grid, and IEEE Transactions on Power Systems.

He has successfully supervised 31 Ph.D. dissertations, numerous Master’s theses, and has been a principal or co-principal investigator to multiple projects with sponsored funding of more than $10 million from various sources of funding agencies, including DHS.

His work on Healthcare Delivery using Drones has been produced as a podcast by INFORMS, and the evacuation planning and management project has been featured by IISE Magazine, Houston Public Radio, AP Press, and the widely-read Science Daily Magazine.